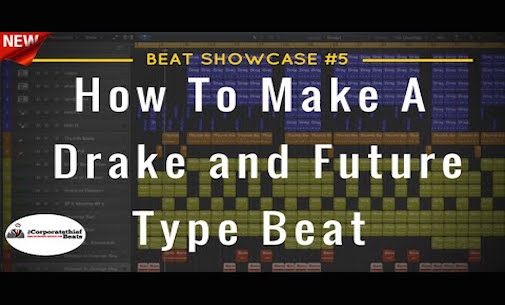 How to Make a Drake and Future Type Beat

Useful Resources Mentioned In This Video

I’ve started doing the Beat Breakdowns Series again where I break down some of the beats I have created. This time around it will be a Drake and Future Type Beat, more similar to the rap beats created by metro boomin. Similar to what we will find in songs like “What a Time to be Alive (with Future)” and “If You’re Reading This” from Drake’s last two albums. 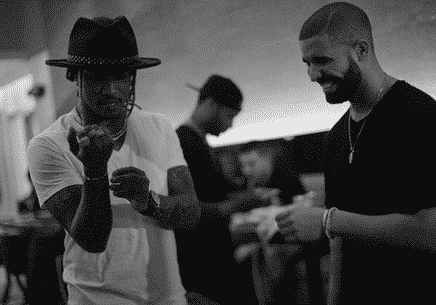 This rap beat that I have created is called Zone 6 and has very heavy 808 kick’s with a lot of noisy synth in the background, as well as sound effects to change the dynamics and the beats around every now and then. Zone 6 is the perfect song for trap hip hop artists to rap over because of its verse-chorus-verse structure and the space I created in this rap beat.

It’s also got little changes here and there that aren’t too dramatic and doesn’t steal the limelight from the hip hop artist, but instead, this gives the artist a bit of direction and flavour to work with. I will share with you some of the basics, tips and tricks I have used in creating a Drake and Future type beat like Zone 6. 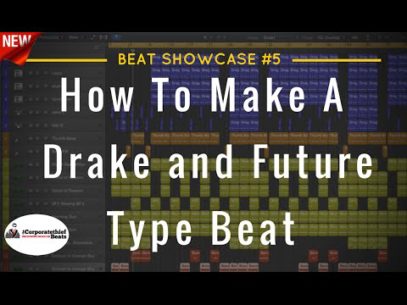 As you start off the intro, you can have two or more main synth melodies playing the same riffs at different octets. I used two main synths – C3 and C4 synths in this case. Also, you can try grabbing some synth samples and chop them up, then pop them into reverse vocal effects to give them a bit of freshness before you spread it all over the intro. You can also try adding some delay and reverb to the vocal effects to give the synths some variation.

After the intro and onto the verse – bring in the hip-hop drums and 808s! To enter the verse, I create a dramatic 808 slide by pitching down one of the 808 kicks in the ESX and creating an 808 pattern using the synth within Logic Pro X using a mini keyboard. The 808s was playing different notes for the effect I wanted.

What I use To Make These Future and Drake Type Beats

I only played this slide twice in my Drake and Future type beat, but feel free to use it throughout your own track. Play around with some sounds until you find something you like. Start with the drums and baseline, then add an original 808 piano roll or equivalent to emphasise the dramatic effect of the slide. You can also add different hi-hats to bring a little bounce, sit back and admire how well they come in together after. It’s all in the trial-and-error – find out what instruments work together best for you. Add in a simple snare followed by a snare roll that gives it a little bit of drag. 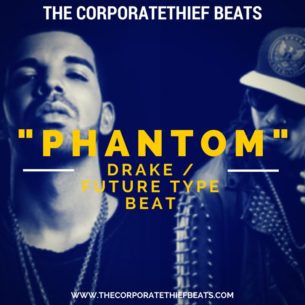 I added in a few reverb effects on the main channels for my drake type instrumental Zone 6. I also usually do a bit of EQ or compression on the main channels, but most of the time I send my mains to a bus channel for reverb. I also use a plate reverb with a lot of my work but I used a Prince Hall reverb instead for this track. If you’re not familiar with other reverbs out there, then the RnB plate in Logic is also a really good one to use. Now, experiment with bringing in the kicks and take out the vocal effects to change up the verse.

Most of my kicks are all from Producer’s Choice with one or two coming from forums I participate in. Producer’s Choice kicks are great because they have a common sound that people are always looking for at the moment so they’re a safe bet to stick with. The kick I use all the time is one from Producer’s Choice Experimental Trap Kit (Kick 5). Whichever kicks you decide to use, you can tinker with your kicks and add a little EQ to them, especially if you are using 808s and heavy base. When you’re happy with what you have so far, try bringing in the pre-chorus, then take out the kicks to change things up every now and then. 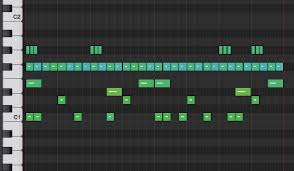 I added in a few reverb effects on the main channels for my rap beat Zone 6. I also usually do a bit of EQ or compression on the main channels, but most of the time I send my mains to a bus channel for reverb. I also use a plate reverb with a lot of my work but I used a Prince Hall reverb instead for this track. If you’re not familiar with other reverbs out there, then the RnB plate in Logic is also a really good one to use. Now, experiment with bringing in the kicks and take out the vocal effects to change up the verse.

Creating The Melodies and The Verse Chorus of The Rap Beat

For the chorus, I brought in pad sounds, drums and so on to let the listener know that the track is entering the chorus. You can find your own combination to this but don’t make it too dramatic because you don’t want to lose the high-intensity beats from the 808s and hi-hats in the verses and end up killing the vibe of your track. You also want to be careful to make sure that the pad sounds will exit smoothly into the verse as well.

This Drake and Future type beat for Zone 6 was inspired by the Digital Dash rap instrumental Created By Metro Boomin, And it’s simple, short and sweet and one of my favourites. However, easy Drake type beats like this are a little harder to create than the complicated and structured ones. There are a few more tricks to this, for instance for the mix, I had to cut off a lot of stuff to keep it nice and clean but in return, had to heavily EQ it to make up for all the gaps.

I also created many VCA faders to control the mix a little better, added reverbs here and there, and also created parallel compression on the drums so the drums have a really heavy but tight and bouncy sound to it. Thankfully the track still has space for everything else especially when you bring in the 808s.

I also did a tremendous amount of cutting and used a lot of stereo spread on a lot of sounds (you can also use reverb and delay if you like) to push back a lot of synths into the mix. I also added a bit of (ad)limiting to this track but generally didn’t go too overboard with most of my edits.

A lot of Drake’s tracks on his last few albums were “spacey” tunes with a lot of kicks and hi-hats, but the song also gave a lot of space for these Drake and Future type beat to shine through with their raps and this was what I was aiming for with the Zone 6. If you are new to my blog, visit my YouTube channel where I do a 20-minute video where I do a screen share while I give a step-by-step explanation on how I created Zone 6 the Drake and Future Type Beat in Logic. You can buy this rap beat  from my site as it is available for purchase on the myflashstore beat player,

Just go to my beat store here and Look for the beat called Zone 6.  Click Here To Visit My Beat Store.