Mixtape Marketing Podcast 013 with Jesse From Raprebirth.com - The Corporatethief Beats 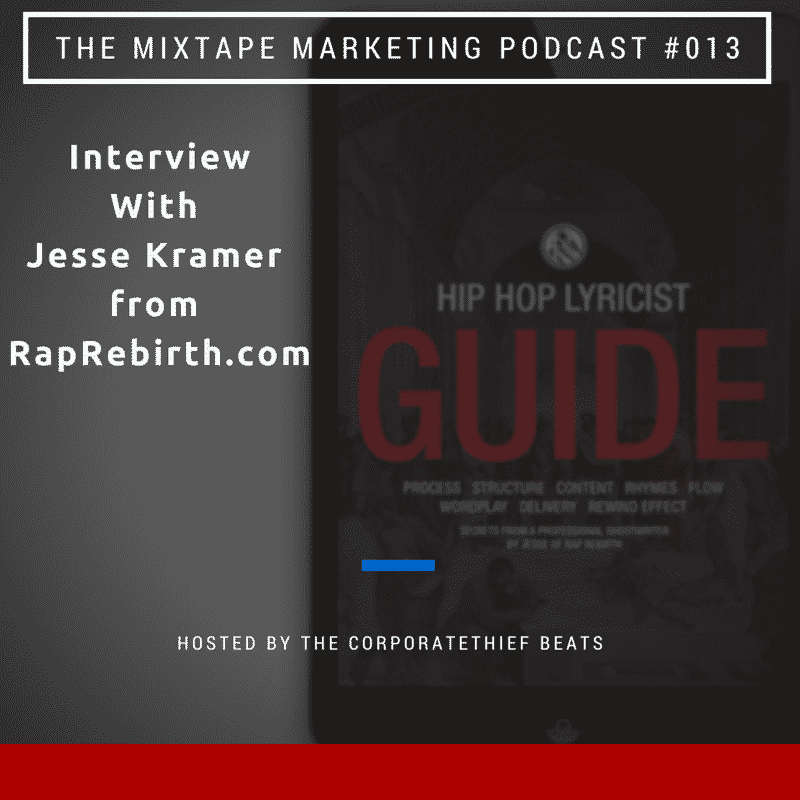 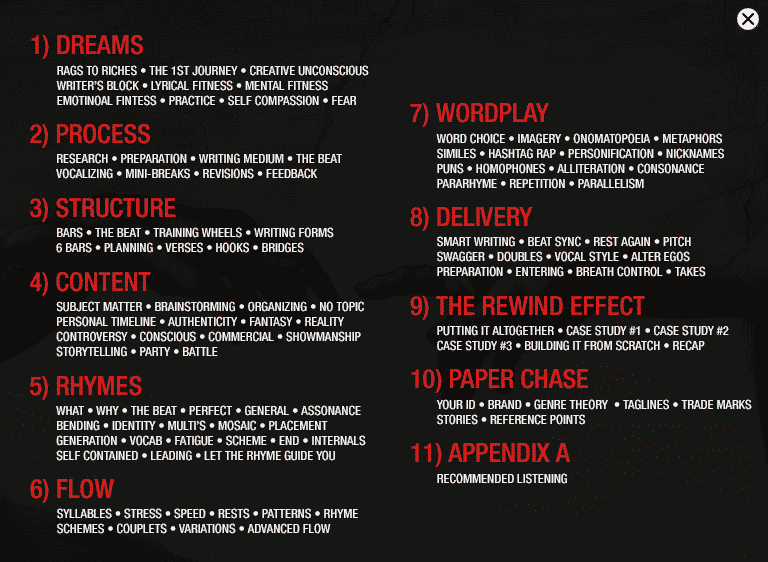 Jesse shares his thoughts about Rap-Rebirth on this special podcast. Jesse’s Business is called rap rebirth. He ghost write’s rap lyrics for recording artists and advertisers and going on 16 years now Rap is his Passion, and he loves rap music.

What is your site about?
“Artists come on my site, they give me info about their background, artistic influences, things that inspire them. A song, full album, is done by us, I write rap lyrics, reference tracks and so on. Lyrics on top of a rap beat to listen to how the flow sounds, revisions, back and forth.”

How did you get started ghostwriting for hip hop artists?

“Writing for myself as a hobby, battling people. Competing, sharing lyrics and doing it for enough years where my skill got attention, where I got attention. People started encouraging me to do it in a professional manner. People started saying you can sell these lyrics you can make a professional album, it’s monetizable.”
“Thus I created the site rap-rebirth while I was a student studying entrepreneurship, so it was a nice fit. I learned about web design and marketing and really there were no sites like that back then. That was a novelty concept generated nice PR around and Traffic, stable flow of clients. Artists looking to record demos at first and from there that was around late 2009 since then I worked with artists all around the world. It’s been a privilege and an honour.”

Jesse’s been always interested in ghostwriting and hip-hop but he had no connections, thus he built this site to get connected to the world and be known.

What gave you the idea of writing a book?

“So the book is called the Hip Hop lyricists Guide by Raprebirth.com. And it teaches from the ground how to write rap lyrics. It starts with the individual and putting in place, habits that will promote creativity that will support their artistry which will support the mental state that enables them to write lyrics consistently from there. The book gets into some of the process ways to set up work environment, ways to write lyrics, finding rhymes, experimenting with wordplay and writing techniques and how to achieve a goal as a lyricist.”

“I think was really wanting to share what I learned and experienced over the past decade. The experiences I had were unique and were not in other places. It comes out of experience. It comes out of actually doing it and seeing what works best and figuring out where other people can save time and get to sort of the heart of getting expressive and creative, generating compelling music. So I just wanted to share that with people.”
Jesse then discusses how to get over rap writer’s block, a term he described that is known as a creative block that does not let rap artists come up with lyrics. He states that perseverance is one of the key ways to get over it as well as practice.

Concepts and story/telling in rap?

“It starts off by having a compelling narrative to tell. Something interesting that’s going to captivate people. It’s taking that story and putting it in a structure. That builds interest, and also builds anticipation, builds action, cultivates the climaxes and follows sort of a narrative structure of a drama.”
“It starts with your interests. Things you feel passionate about, accessing those and knowing what things excite me and enables me to talk a lot on. If someone is into history that can be a point of entry.”

Different types of beats and instrumentals?

“Instrumental, listening to the drums of each type beat, or where the rhythm comes from. Building your flow and rhymes that come from around it. Get your rhythm and flow, start to do variations on it. Times where beats are different intensity, making content around that.”

How would you build vocabulary?

“I think the main thing is looking up a word when you come across it. If you make it a habit, it’ll be great. Take in different types of media as talked about before. Sitting and learning words every day, practising and using them is a great idea as well just to get used to them.”

Advice that you would give to the listeners at home?

“Be kind to yourself. Have compassion as an artist. Give yourself room to grow, understand that everybody starts off not as they want to. Grow and become more complex. Contextualize your growth as an artist early, you will get better, you will be proud of the lyrics you write and record gives some slack to yourself in the early stages. Do not be afraid to fail.”