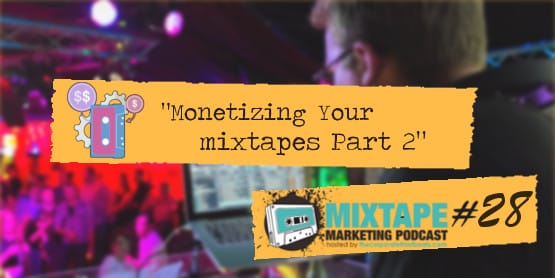 Monetizing Your Mixtapes Part 2 — Squeeze Money Out Of Your Music This is the second part to monetizing your mixtapes. If you haven’t read the previous blog or even listened to the last podcast, then I highly recommend that you do so because it covers some very important factors needed before proceeding to these methods on how you can earn money through your music.

Maybe some of the methods I mentioned before didn’t work out for you. That’s alright. Not everything works for everyone, so there’s no problem with that at all.

It’s best to be open to numerous options so that when you fail in one, there’s always another one to go back to.

There’s no reward if you don’t risk some things in life, and this is one of them. You should remember that you shouldn’t care about what others think in terms of how you’re earning your money.

If you’re effected by everyone else’s opinion, then it’s going to be harder to stay in the music industry. Now let’s get on with the rest of the methods that I couldn’t fit into the last blog.

Mixtape Marketing Is All About Confidence

Now, you might think AdSense is a good idea, but we’ll talk about that later. Grapevine Logic pays influencers and creators with amazing and interesting content, no matter where you post it.

Now, be warned, Grapevine isn’t for everyone.

They focus more on those that have a moderate amount of followers and subscribers on Instagram and YouTube and are the ones allowed to work with brands to sponsor them.

Nonetheless, if you want lasting sponsorships and endorsements, then Grapevine is the place for you. They’re support team will be there to help you when needed and are sure to help you get paid the money you worked hard for.

Everyone who’s ever been on YouTube or is even a creator on YouTube has heard about AdSense, but what is it really?

It’s Google’s advertising platform that is most commonly used on YouTube by their creators.

But of course, it isn’t limited to only YouTube, but the trouble with AdSense is that it doesn’t pay as well as Grapevine does when it comes to advertisements.

I’ve found that it works better on my blogs rather than my videos on YouTube, but that may not be the case for you.

AdSense usually works best when you have millions of subscribers and even more views on every video you post, which not everyone has. You’ll also have to stay within the circle of relevancy if you want to generate more money, if you’re just starting out.

What I mean by that is you’ll have to find what is usually popular in music and be inspired or even influenced by artists like Kendrick Lamar, The Weeknd, etc.

Most people would usually look up what’s hot and if you’re included in the search results, then that means you’re doing it right.

Managing your YouTube channel couldn't be better with TubeBuddy

Check It Out Here!Channel Management Made Easy

Now, fan funding isn’t all that new in today’s social media society. It’s a great way for fans to help you create amazing music that they would support.

Not everyone thinks of using fan funding because we automatically assume no one would want to buy anything from us, when in reality, some do.

The best place for fan funding is on a website called Patreon. Now, you shouldn’t shove your Patreon right into your fans faces, especially if you’re just a small brand. Slowly introduce the website to them through blogs or small videos and describe what it is to them. If they’re interested, then you could give them the link to it and watch what happens.

An amazing thing with Patreon is the ability to customize and set up personalized tiers for fans to choose from. You can ask them to pay you anything from $1 to as high as $30 if they wanted, and each tier could have an added benefit apart from being a Patreon supporter.

People who are on it are usually artists or designers but recently, YouTubers and even musicians are joining the website because of how effective it is. So if you’re not afraid to ask help from fans, why not create a Patreon account and wait for your supporters to join you. Learn not just how to promote your music on Twitter but also build a fan and monetize it in this course!

Watch It Here!Time to Make a Buzz on Twitter

This is completely different from fan funding in the sense that a different website is used along with different mechanics. When someone thinks of crowd funding, is Kickstarter, with IndieGoGo being a close second.

Here, you set a time limit and an end goal for fans and supporters to reach, adding pressure to yourself and to your fans in terms of achieving said goal.

The typical end goal is a product that is created and shipped to everyone that helped fund the campaign.

For example, you might want to print a book but don’t have the funds for it, or maybe you plan on releasing a mixtape but you don’t have the money necessary for everything that goes into creating a mixtape, that’s where crowd funding comes in.

But Kickstarter and IndieGoGo are both difficult to use. There is a link in the podcast that leads you to a video explaining the nitty gritty of Kickstarter and what you should look out for, so make sure to go and check it out.

Marketing the campaign and finding the people who would be interested in helping you, apart from your fans, are what is going to be so difficult, especially if you’re not that well known or only have a small percent of fans.

But not to worry, if your goal isn’t fulfilled within the time limit, then the fans money returns to them, if you’re using Kickstarter. IndieGoGo allows you to keep the money but they get a percent out of how much you managed to gain.

Famebit is just like Grapevine Logic, but is much simpler to use and is for those who have yet to gain a massive following.

The way it works is that brands send in opportunities to the website and YouTube creators are then notified of the opportunity for them to check out. If it matches their image and what their content is about, then they could send in proposals to the brand to work together. If the brand accepts, then the YouTuber is then notified and they can immediately talk with the brand through the website.

From there, you can talk details with the brand and create a video, post it as an unlisted video link into the chatroom you conversed in, and if the brand approves, they give you the go to post the video.

You are then paid within 2-3 days You wouldn’t need any money to sign up and the only way the website itself gets paid is if you get paid and when brands are happy with the product you created.

I talked about events in the previous post but I’m going to delve in a bit deeper in this one.

There are two kinds of live events you’ll want to do in this instance. A live show that you sell tickets for and a Facebook/YouTube live event.

I already mentioned everything needed for a live show in the previous blog but what I’m going to recommend in this one is that you shadow someone doing a live, if you’ve never done one.

You can see all the hardships someone has to go through when creating a live show and can learn some tips
and tricks about how to get the live show to flow easily and smoothly.

Now, Facebook live and YouTube live are another way of having live shows without and costs. I have two video tutorials for both, so go ahead and check those out if you need more help on how to get an amazing live show without spending too much. It’s also possible to promote an actual live show of yours during your little live session on those platforms, urging anyone who could come to go and watch you. To Promote Your Music On Live Events

The last method I want to talk to you guys about is something I’ve been trying out for a little while now, which is ghost writing.

Now, ghost writing is when you create lyrics for other rappers or artists who are having troubles creating the best bars and verses or don’t have any ideas on what to do.

If you’ve created a mixtape and have a few lyrics you didn’t use and don’t plan on using, then why not sell them to other artists that need help?

You’re not only helping yourself exposure wise, but you’re also helping fellow artists and sharing
your intelligence with them. Good deal, yes?

That’s all for this blog, hopefully these extra tips and tricks will help you monetize your music just like I do. Be sure to check out the previous blog if you missed out and make sure to listen to the podcast as well. 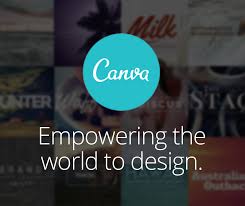